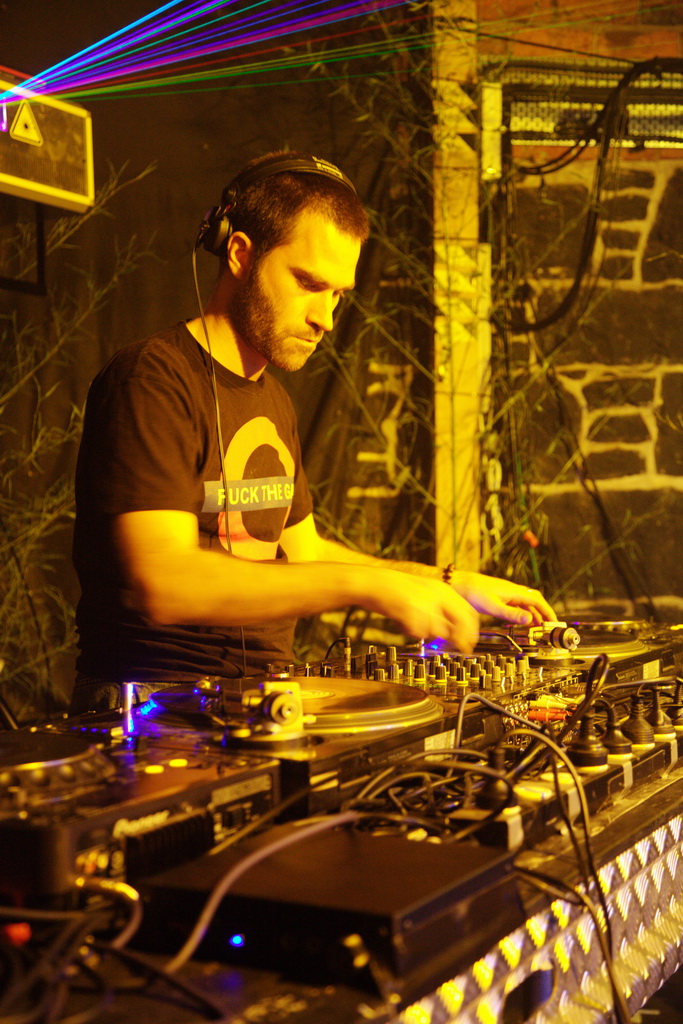 I’m based in Melbourne.

I have done my DJing like some other things in my life — back to front. I actually started out producing first, then DJing. Using what most younger DJ’s nowadays would have never even heard of — Notator on Atari ST’s, and doing sequencing through physical MIDI hardware, with lots of cables and gear in school. My passion for electronic music was born back around 1988, when my music teacher introduced me to Notator and the wonder that was MIDI.

Having only dabbled around, I got distracted by the wonderful grunge era of the 90s, and actually missed most of the famed Melbourne docklands warehouse party scene.

I got back into electronic music (more than just listening to it) around 1999-2000, where I was more interested in DJing than producing. It was then that I hocked my beloved Jackson guitar and bought my first secondhand SL1200 from the now-defunct Pro Light & Sound.

Initially, my love was large-room rave back then (Superstition Vol 2!). What interested me the most though was hard trance, being inspired by the likes of Mauro Picotto, Ingo, Scot Project, Organ Donors and BK. Not one to typically like music at a party that doesn’t make you move, this was a perfect avenue for me.

Techno was always in the back of my mind though, and once hard dance started to take over, I lost interest in and got bored with trance in general. Upon finally delving deep into techno, and realising in my opinion that it was such a more technical, full and precise genre to both produce and mix, all other bets were off. Hearing awesome music and mixes from the likes of earlier Richie Hawtin and Dave Clarke, and any era of D.A.V.E The Drummer, Chris Liberator, Surgeon, Advent/Industrialyzer and Voodoopriester made me only more convinced of my move from what I felt was boring, to exciting.

These days, I love to play bangin’, sometimes tribal, deep and dark techno. It is my passion, and will always be. The relative 4/4 reliability of trance has me occasionally spin some wonderful Parker & Clind or older John 00 Fleming for kicks, but my focus is on driving, complex techno.

I have recently supported for the likes of Virgil Enzinger and Industrialyzer, and previously Dave Pham, Matt Radovich and other local greats.

My current love is the sounds coming from A.Paul and Voodoopriester — now that’s techno!

I still want to dabble in progressive, and psy trance/goa too, thanks to legends like John 00 Fleming.

I also run a random and rare night called MXML, which has hosted some great internationals over the years, and equally some magic locals.

Hope you like my work 🙂  Feel free to roam around the site, check out my sets, and enjoy!